Foremay, Inc., a Micromax Technology partner, has announced the release of its Immortal™ series military and industrial rugged SSD. 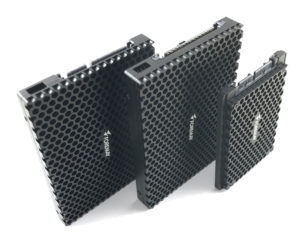 Designed for deployment in extreme environments

These rugged SSDs incorporate Foremay’s proprietary, patented and patent-pending technologies, which enable Immortal SSD drives to be deployed in air, space, sand, muddy/wetland and underwater applications. They are designed to work in extreme environmental conditions such as those that the military/defense, aerospace and submerged industries are exposed to.

Foremay are leaders of technology innovation in rugged solid state drives and one of the world’s best SSD companies.  The Immortal series rugged SSDs combine the best technologies from Foremay’s 15 years of in-house high-reliability design and hands-on experience in electronics, physics, chemistry, mechanics, and mathematics. Foremay continue to innovate and improve their technologies to build the most rugged, reliable, and defect-free SSDs for mission critical applications.

Contact us for more information about the Foremay rugged solid state drives including the Immortal series rugged SSD.

**Foremay®, Foremay logo®, Rugged SSD Drives ™ , and Immortal ™ are all trademarks of Foremay, Inc. Any product name of another company or organization mentioned is the property or trademark of its respective owner.